“You need to press the reset button,” said the doctor. “I’m prescribing  Citalopram. On a low dose it acts as an anti-anxiety medication. On a high dose it is an anti-depressant. It takes about a month to start working.” 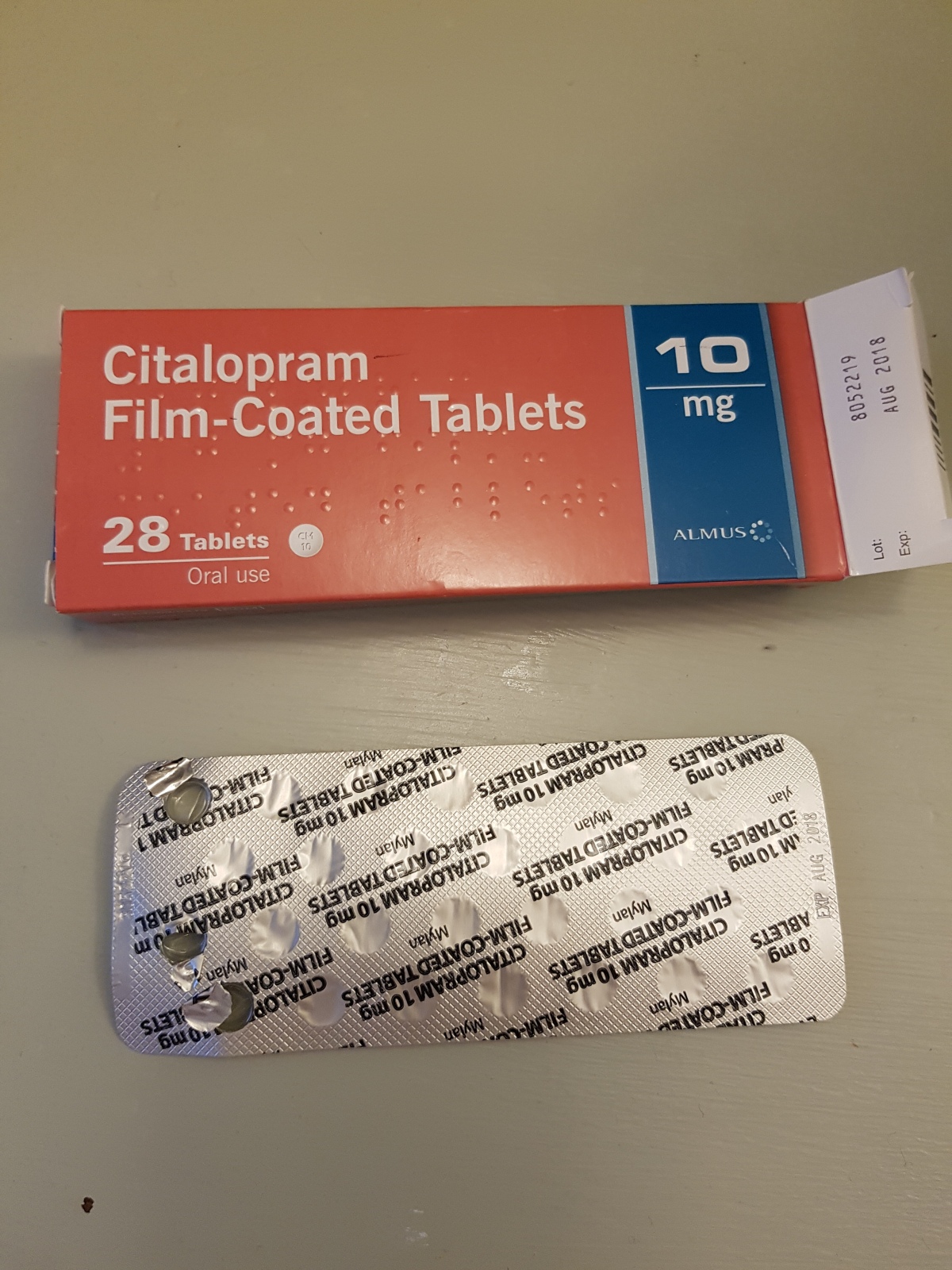 It has been over a year since I first wrote about my panic attacks and struggle with anxiety and exhaustion. There were lots of things that I did  to help myself get better and if I learned anything it is that there is not a simple, “one size fits all” solution for anyone. But something that did work, and people don’t really talk about, was using an anti depressant called Citalopram.

At the time I saw it as a last resort. I had been offered it several times until I finally relented. I had already reduced my workload, taken up yoga, changed my diet, slept more and redistributed household responsibilities. Unfortunately I still couldn’t quite stop the panic attacks which began whenever I experienced anything mildly stressful including every day activities such as running late for school drop-off, watching the kids play sports, drinking caffeine or alcohol, making decisions,  interviewing people for articles, socialising. Despite months of trying I knew I wasn’t going to crack this nut on my own.

“How often is this happening?” said the doctor, the fourth in my regular surgery that I had seen about these issues since they had begun. “Anywhere from once a day to ten times I day,” I said, my voice wobbling, like it does when you don’t want it to.

“You need to press the reset button,” said the doctor. “I’m prescribing Citalopram. On a low dose it acts as an anti-anxiety medication. On a high dose it is an anti-depressant. It takes about a month to start working.”

“OK,” I said noting that the dose for anxiety issues is 10mg per day. It is higher for treating depression. She also gave me a referral to the charity “Healthy Minds” which offers support for panic disorders and depression.

Within a month of taking the Citalopram the panic attacks had stopped. The reset button had been pressed. It worked. It seemed to generally desensitise me to what I had perceived to be stressful situations. I was not overreacting like I used to. I also felt a bit sick and had headaches. But these passed after the first few weeks. I wondered what side effects other people had. The desensitisation aspect didn’t only apply to stress, EVERYTHING was a bit less intense. In some ways that was great. Goodbye panic. In other ways, like in the bedroom, it was really not great, but like the headaches things got back to normal after a couple of months.

The referral to the Healthy Minds service turned out to be a postcode lottery. Because of the location of my doctors surgery (Buckingham) the nearest support groups were an hour away (Aylesbury) and had a waiting list of two months. The waiting list for a therapist for one to one support was even longer and would be in the same location. So I chose the third option, an online cognitive behavioural therapy system called “Silver Cloud”. I worked through a module every week and at the end of it a trainee psychologist called me to read out the answers and provide no insight or counselling. It was rubbish. The only positive thing I took away from this was that it helped me to label my trigger for stress: “excessive responsibilities”

As time went by and I felt like my old self again I found that I was pregnant and I stopped taking the Citalopram. I did not seek medical advice, which was stupid, I just stopped taking it. This was a mistake. A black cloud hung over me and despite being delighted at the idea of another child, I was so miserable I couldn’t even laugh at Ron Swanson’s pyramid of greatness in Parks & Recreation. 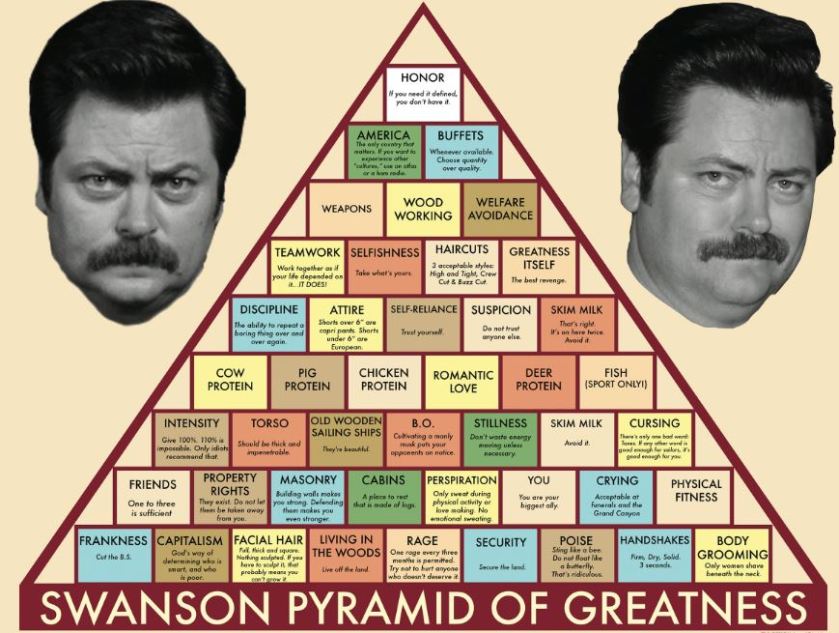 If you don’t watch Parks & Recreation then I urge you to download it.

When the pregnancy failed I felt even worse. “It is normal to have suicidal thoughts if you stop taking Citalopram too quickly. You need to wean yourself off it,” said my brother who is a mental health nurse. Shit. I was miserable because I was no longer pregnant and because I had inadvertently plunged myself into a chemical depression. So I started taking it again.

The following summer I had been feeling better for months and decided that it was time to wean myself off the medicine.  I hoped that I had made enough changes for the symptoms of stress to no longer exist when I came off the medicine. This is something that people should really be given more advice about. Honestly I think it just depends on the doctor that you see. Some will insist on reviews every six months to monitor your progress. Others will see you as fixed as soon as the Citalopram starts to work and keep the repeat prescription going forever. But anyone taking this sort of medicine should definitely see their doctor if they feel they want to stop. Don’t plunge yourself into a pit of misery like I did the first time around!

But less of the misery – it is Friday. Happy weekend everyone! If you have experience of these medicines then it would be great to hear about it. No-one talks about these things. Let’s compare notes. You never know, it might help someone.

Update: These are a few of the things that I did that really helped me manage anxiety and prevent panic attacks.